Visibility in Art Festival – İzmir (SGF-İZMİR, VIAF-IZMIR) was organized for the third time in 2018. The festival, the seeds of which were planted in 2014 by the students led by Metehan Kayan and Su Güzey at Mimar Sinan
Fine Arts University Contemporary Dance Department (MSGSÜ/ÇDASD)
in collaboration with ASD and which sprang to İzmir in 2016 focused on developing transitivity between the venues and the audience during its initial two year period by presenting works from various disciplines in different venues under the slogans of “Artizliğin Kime?” (Who are you a Smartass Towards?) and “Gören Gözler Güzel” (Beautiful are the Eyes that See). Thus it provoked the audience and the artists towards leaving their comfort zones by creating new encounters. In 2018 it focused on the theme of “bak-IŞ” (look-ING) and emphasizes the inter-disciplinary potential of contemporary performance and draws attention to the performance’s (all kinds of artistic productions based on performance which are realized here and now, including theatre, dance, music and performance art) shared creation processes with different disciplines through free events. In 2018 SGF-İZMİR opened on September 9 at Teos Writers’ House Practice and Research Center in Seferihisar district Sığacık quarter with choreographer, dance artist and academician Tuğçe Tuna’s speech regarding her project Contemporary Dance in Turkey which she has been continuing since 2014. Prof. Tuğçe Tuna, who was sharing with us the leading choreographers, instructors, institutions and organizations with a general view of the contemporary dance and current performing arts fields in Turkey, also emphasized İzmir as the new focus in the contemporary dance field. Following a short break after the speech we watched the Boşlukları Doldur (Fill in the Gaps) performance of Serenay Oğuz, a dance artist living and working in İzmir. After the performance a short interview made with the artist. On September 21 at Teos Marina we watched the solo performances Sen Balık Değilsin ki (You’re not a Fish After All) from Çıplak Ayaklar Kumpanyası and One for the road from İlyas Odman, who are İstanbul based artists working in the contemporary dance and performance fields. Our festival, partnering with Sofia Underground International Performance Art Festival from Bulgaria within the scope of Civil Society Exchange on its third year, designed a special event in line with the look-ING theme in collaboration with Teos Culture and Arts Society and Seferihisar Municipality. The guest artists from Bulgaria (Sofia), Ivo Ivanov (music) and Valko Chobanov (video); guest choreographer, dance artist and instructor from İstanbul, Gizem Aksu and a musician living and working in İzmir, Sarp Keskiner, came together within the scope of our guest artist program and enter a ten day long creative process. The creative process which commenced on September 10 came to an end with the performance on September 21. They shared the first display of a performative work which developed in line with inter-disciplinary and maybe trans-disciplinary creation during its production stage with the audience at Teos Marina (Sığacık, Seferihisar). The night continued with Ivo Ivanov’s DJ performance.

Ergun Kocabıyık says in his April 2010 dated article: “Until Zeus solidifies his reign, Uranus’ children fight the Giants and defeat them. However establishing order cannot be achieved solely by possessing raw power. It also requires a subtle wit. Prometheus joins Zeus’ side and gifts him cunning, in other words Metis. Gaia advises Zeus that in order to win the war he should ally with the three Cyclopses and the three Hundred-armed (Kottos, Briareus, Gyes) who are related with the giants but not on their side and who have been subdued. These giant gods are the destructive powers of nature but Zeus cooperates with these destructive powers in order to establish order; he frees them from oppression, gives them the foods and beverages of immortality and they in return side with Zeus. The one-eyed Cyclops’ would give him the irresistible weapon, the lightning. The lightning is an effective light, a burning ball of fire. The Cyclops’ cooperation with the lightning, which is an illuminating and burning light, with their single eyes is not coincidence. Lightning reflects the theory of seeing of the ancient era and is in some way the illuminating and burning quality of a look. Zeus, with the eyes of the Cyclops’, the arms of the Hundred-armed and the cunning he received from Prometheus, topples the Giants, and the Hundred-armed lay huge boulders on top of them. He can’t kill them, because they’re immortal, but he succeeds in disabling them. He imprisons them underground, at Tartaros. The Eye is creativity, desire and dream, the Arms are the ability to do and to practice in line with this desire and dream.” The Eye and the Look are both the receivers and emitters of light in Anatolia. Our look illuminates the area it’s directed at as well as being illuminated by what it sees… Facing areas which have remained outside our view both introduces new opportunities which we are not yet aware of to our look and also presents new opportunities to those we exchange glances with. Perhaps İzmir is a new opportunity for contemporary performance. Perhaps contemporary performance is a new shared space for different disciplines. Perhaps there are ways of watching which we haven’t experienced yet. Perhaps the audiences and artists of different disciplines can create new areas together in new areas with a shared look- ING. Perhaps we possess eyes of Cyclops’ and arms of the Hundred-armed.

This must hold true if we consider our previous earth experiences.
This year Visibility in Art Festival – İzmir was organized by Açık Stüdyo, with the support of Civil Society Exchange, Spaces of Culture, Seferihisar Municipality and in collaboration with Teos Culture and Arts Association. 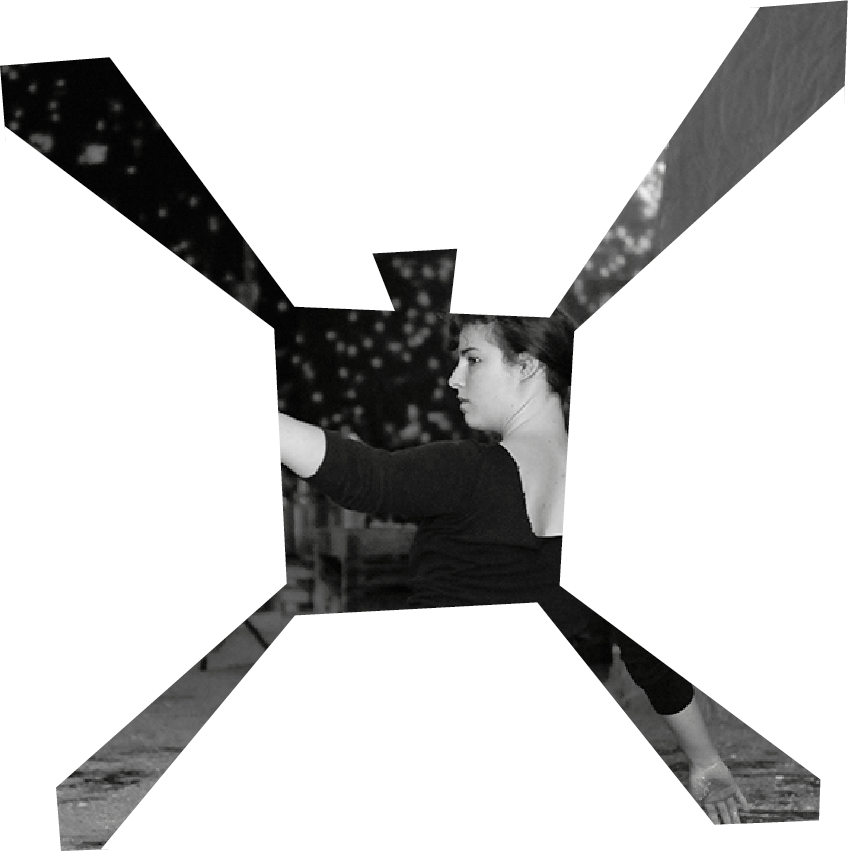